Posted on October 31, 2010 by markswalkingblog 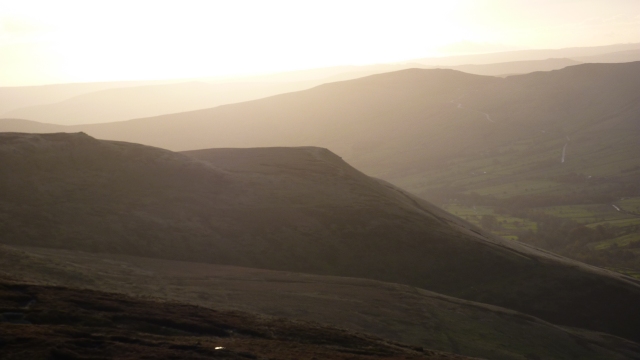 I decided that I would not drive to this walk, so Mary dropped me off at Gainsborough Lea Road Station about a half hour from home.  This made the trip to Edale via Sheffield shorter and less expensive than going from Barnetby Le Wold. I enjoy a train journey, but with my job it is not realistic to use the train to see my customers.  Anyway I digress.  After changing at Sheffield, I had a pleasant journey through to Edale and got out the train at 3pm. The cost to here was £8.70, which I thought was reasonable.

This gave around two to two and half hours to get up to the top of Kinder Plateau and get set up for the night before darkness around 18.15.

I walked up from the station into Edale, and watched a procession of day walkers past me on their way home, it won’t be long before the day crowds would disappear and I would have the Plateau to myself. 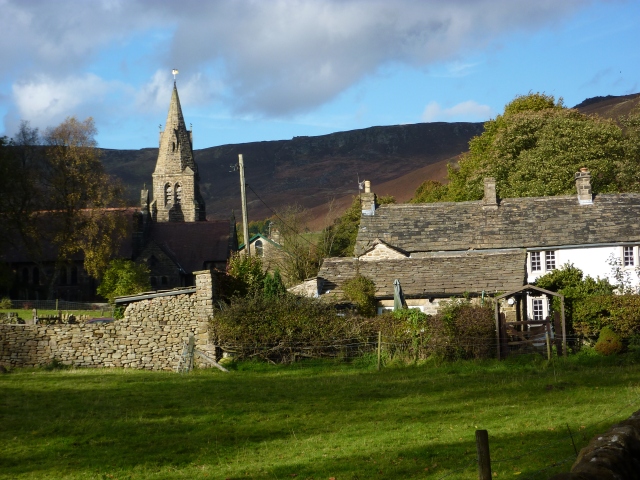 Edale with Kinder in background

I took the footpath at the end of the village and dropped down to cross the foot bridge over Grinds Brook, climbed up the steep steps the other side and made my one along the first of many section of flagstone paths in this area.  After a little while I enter a small wood, it was a pleasant, late sunny afternoon, but I knew the weather forecast for the evening, so I enjoyed this brief moment of sun. 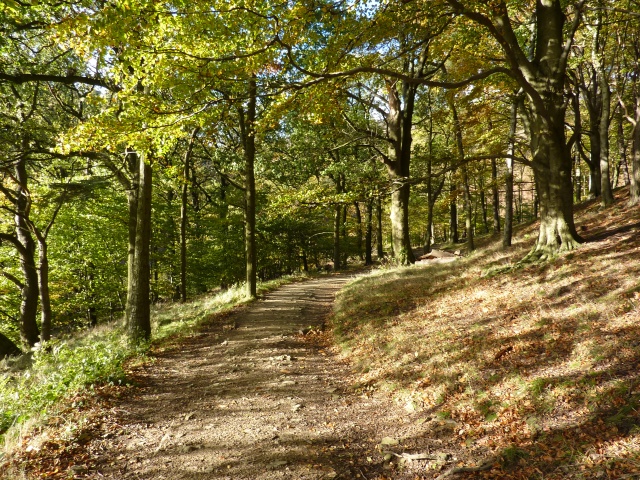 I followed the well worn path on the right side of Grinds Brook and saw the last few stragglers leaving the area for home. 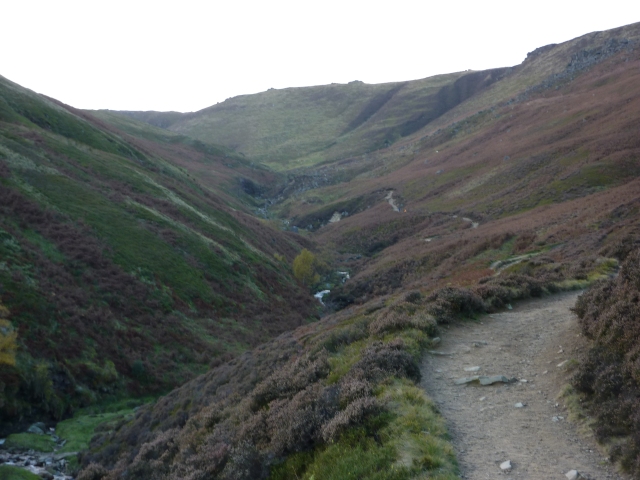 At this point, you basically clamber up the stream bed steeply and eventually emerge on top of the Plateau at around 600 metres (1969 feet). 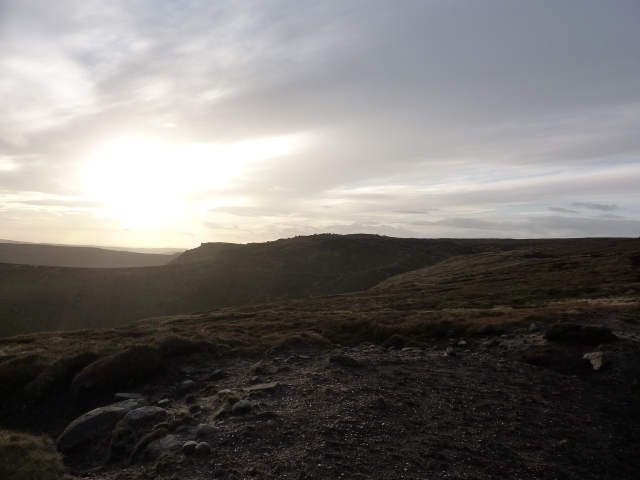 Immediately I was hit by a strong wind blowing from the west across the plateau, the weather was on the change. I walked for a short distance and look around for a place to stop for the night.  Most areas were extremely boggy and unsuitable and after about 20 minutes searching I found a flat area comprising peat and loose grit stone which was dry well away from the main path.  I put my pack down and as dusk was forming saw in the distance, three people running around in heather, I watched them for a couple of minutes and then they disappeared away from the main path. Were they out tonight? – Who knows? 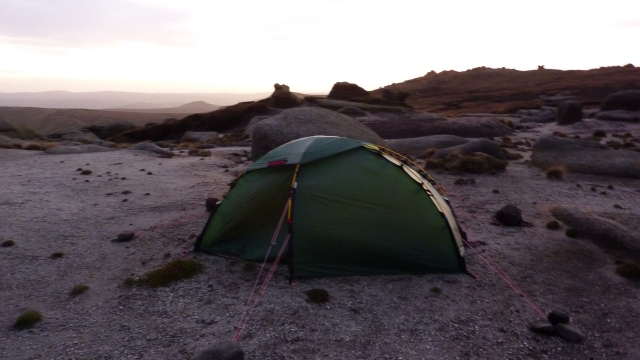 After sorting my kit out, I got the stove on for dinner ( Thai Vegetables and Rice) and a cup of camomile tea.  I got into my sleeping bag, to read my emails on the Iphone and listen to the radio until tiredness came on and I settled down for the night around 10pm.  I guess around midnight, the wind really stated to pick up and I was in a pretty exposed spot, but the tent poles did not budge and guy lines remained very taut.  MWIS suggested that there were likely to be gusts of 88kph (55mph). Later on it started to lash down with rain, which came down near horizontally.  It was pretty noisy in the tent and while there was the frequent crash of the wind against the side of the tent fabric and a humming of the wind through the taut top vent, the tent did not deform and the poles did not move. If I had been in a single hoop tent like my Power Lizard, I am sure it would have been a different matter. But this is what I bought this tent for and it was living up to my expectations. Still I lay there wondering the limits of the tent, but I guess it is a lot more than this!

The night was pretty mild and I had to unzip the Alpkit Pipe Dream 400 to cool down. As it neared dawn, the wind started to die down and by half past six I had the stove on for tea and water for my Expedition porridge with nuts and raisins – very tasty. I was set up for the day.